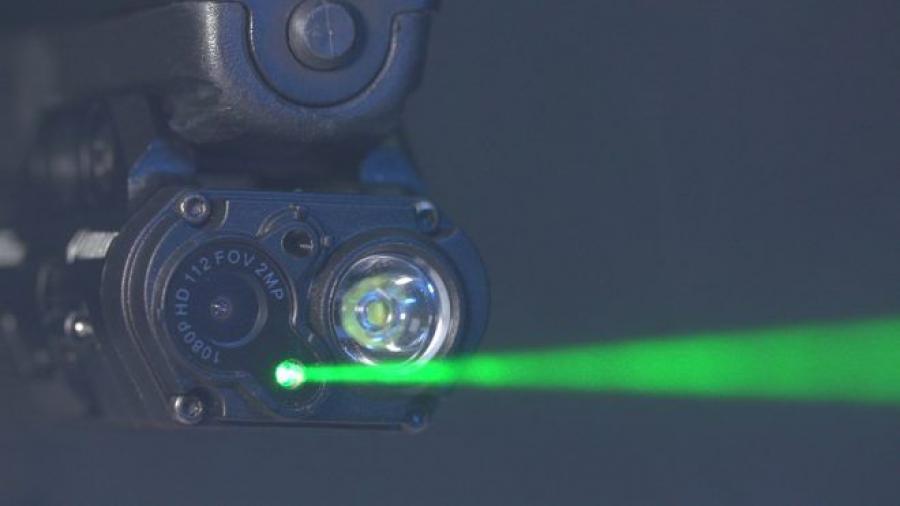 ST. LOUIS (KMOX) - Police body cameras are a big discussion for many police departments nationwide and the Salem, Ill. police have found a solution to the high cost of data storage. It's gun camera, attached to officer's service weapon, that activates whenever the gun is un-holstered. Related: STL County approves $5.15 million plan to equip officers with body cameras Salem Police Chief Sean Reynolds tells KMOX, "from shooting at the range, to vehicle stops, and of course these are all mock scenarios. Building searches and anything low light, no light, bright light, that you can think of, we fired the weapon with the camera attached, to see what the video, audio and then the flashlight that is incorporated with this camera system and how it worked and we were very impressed with the product." The department is now using the FACT Duty Weapon-Mounted Camera from Viridian Weapon Technologies with all of its officers. The price of police body cameras is what has made the equipment impossible for some law enforcment agencies. KMOX spoke with police from the City of St. Louis, St. Charles County and Madison County, who all said the is what prevents them from having cameras. Reynolds says the typical cost for one weapon-mounted cam is about $800 over a five year period. That's compared to a body cam, which would be about $10,000 per year, Reynolds says. The $800 cost for a weapon-mounted cam includes of data storage. The camera itself is around $700 and includes a holster. Chief Reynolds says while the cost of the weapon mounted camera is comparable to a body cam, the cost savings is in the storage. The manufacturer of the weapon-mounted camera is Veridian, and has been making lasers and lights for law enforcement and civilians for years. Brian Hedeen's motivation for the camera came following the unrest in Ferguson. Hedeen says they had the technology "that would allow the lasers to turn on automatically when they (guns) were drawn from the holster." Hedeen adds, Veridian's product's purpose "is very focused on use of force incidents, particularly officer involved shootings. So, it records just a fraction of the data, it's only recording when that gun is out. But Hedeen emphasizes they look at this as a supplement, or an alternative to body cams." Hedeen points outs they did study all the officer involved shootings over the last few years that they could get data for. "We found that only 37 percent of the time, uh, the body camera adequately captured the reason the officer fired the weapon." Sometimes they were not on, "or in many instances, they were obstructed by officer's arms, or other parts of their body, or just pointed in the wrong direction."