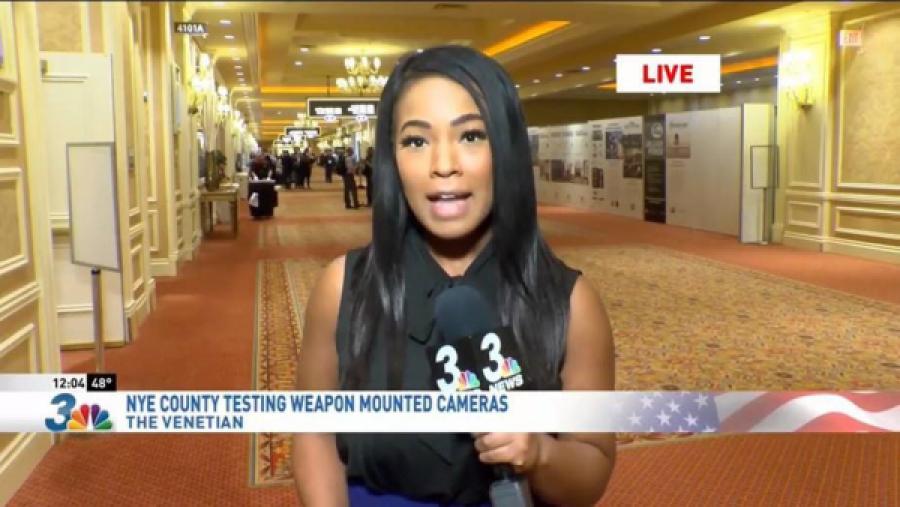 MINNEAPOLIS, Minn. –– ABC, CBS, FOX, and NBC attended a joint press conference between the Nye County Sheriffs Office and Viridian Weapon Technologies at the 2019 SHOT Show in Las Vegas. Sheriff Sharon Wehrly and representatives from Viridian announced that Nye County was in the process of testing and possibly implementing FACT Duty Weapon-Mounted Cameras. The widespread mainstream media coverage informed hundreds of thousands of local residents, thousands of visitors in town for events and was picked up across the nation. Nye County is the third largest county in the contiguous US and lies directly west of Las Vegas. Nye County has 150 deputies and is taking the next step in transparency for law enforcement by actively testing the FACT Duty WMC and joins over 400 other departments around the US that have used this new technology. The FACT Duty fits duty weapons and holsters and records automatically, providing an unobstructed view from the end of an officer’s firearm. The need for this product continues to be validated in current events throughout the United States. More information on FACT Duty WMCs can be found at ViridianWeaponTech.com/FACT-Duty-Learn-More. Interviews, video/digital assets and additional information are also available by contacting tim@murrayroadagency.com. About Viridian Weapon Technologies Headquartered in Minneapolis, Minnesota, Viridian Weapon Technologies is devoted to applying cutting-edge technology to design compact, powerful self-defense products for the civilian, military and law enforcement markets. Viridian is the leader in weapon-mounted technology and responsible for a number of firearm innovations including green and red laser sights, LED weapon-mounted illuminators and several shooting accessories including the TacLoc®Holsters. Viridian products are designed and built in the USA. More information is available at ViridianWeaponTech.com.