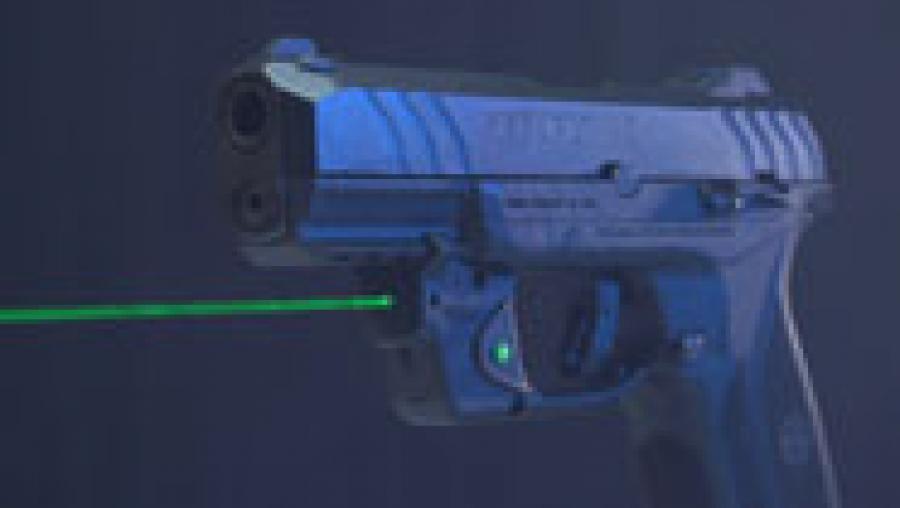 MINNEAPOLIS, Minn. – July 1, 2020 – Viridian Weapon Technologies is proud to announce the arrival of E-Series Green Laser sights that combine the best of both worlds—the strength and visibility of a green laser with the performance and price of the E-Series line. Viridian was the first company to bring green lasers to market and now debuts them in the versatile and well-known E-Series lineup. Lasers for the Ruger LCP® II and Security-9® are the first offerings and available now with an MSRP of $149.00. Additional fits for Taurus®, Springfield®, Glock®, Sig Sauer® and others will be available soon.

Viridian remains the largest independent provider of weapon-mounted technology and the leader of equipping gun-specific products for the top firearms brands. The launch of the E-Series Green Laser Sight is another example of being at the forefront and will be a difference-maker for so many concealed carriers. The green laser standard on the all new offerings is up to 50 times brighter than red lasers and creates an optimum target dot day or night. It is windage and elevation-adjustable and visible at up to 100 yards in daylight and at over two miles at night.

“This is a breakthrough for us as a company and the result of a lot of hard work,” said Viridian President and CEO Brian Hedeen. “Green lasers have always been superior in strength and visibility, but came at an increased cost. Through innovation and extensive knowledge of lasers, design and resources, the E-Series Green Laser Sight became a reality. We worked alongside Ruger’s product development team to make sure customers would be able to purchase a custom-fit green laser sight for select Ruger pistols right away. Great value now meets convenience and unmatched performance.”

Viridian’s E-Series line is specifically designed for everyday concealed carry and is available for the top brands and handguns on the market. The E-Series Green Laser Sights will easily mount to the trigger guard and feature an ambidextrous on/off button with a 5-minute auto shut off just like their Red Sight counterparts. Viridian will quickly expand offerings and add to the Ruger Security 9 and LCP II models available at ViridianWeaponTech.com now.