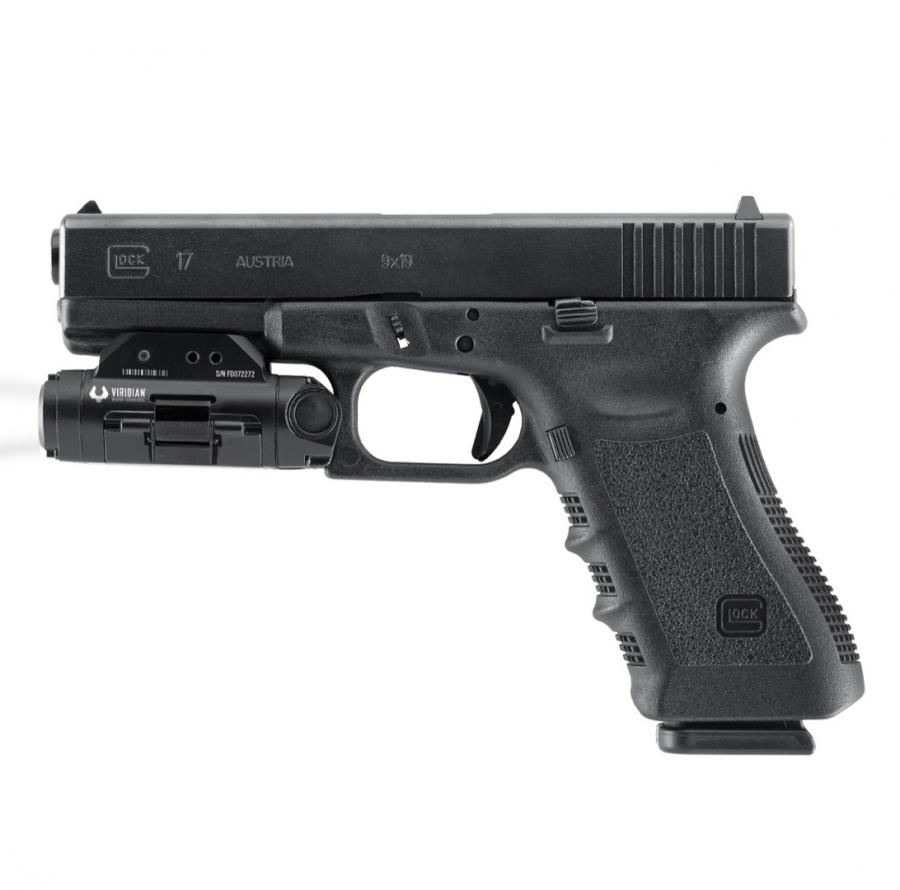 MINNEAPOLIS, Minn. – January 8, 2018 – FACT Duty™ Weapon-Mounted Cameras (WMCs™) are now in the hands of local, state and international agencies as the first round of pilot programs is underway. In support of these programs, Viridian Weapon Technologies recently testified at two public hearings regarding the implementation of WMCs.

Viridian has created an entirely new category for handguns and law enforcement with the introduction of the FACT™ camera. The highly advanced WMC employs a 1080p full-HD digital camera with a microphone and 500 lumen tactical light. Designed exclusively to answer the needs of duty officers, the FACT camera provides an unobstructed view between the gun’s muzzle and subject, overcoming an inherent limitation with body camera products.

“We are pleased with our progress on the project and early results with law enforcement,” said Viridian President and CEO Brian Hedeen. “Our pilot program has been adopted by several agencies across the nation and internationally—and many more have signed up to kick off in the near future. Getting FACT Duty into the hands of officers and allowing departments large and small to test WMCs themselves is a huge step. We now have the validation and real-time feedback that our products perform and meet the evolving needs of today’s law enforcement personnel.”

Viridian has sent units to multiples states, and those products are currently being used as part of specifically-designed pilot programs and testing and evaluation processes. States and municipalities have widely varying guidelines, requirements and procedures for implementing WMCs, including requirements for device-use policies and public comment and hearings prior to adopting the equipment. Recently, Viridian was compelled to testify at two public hearings for agencies in its home state of Minnesota. General Counsel, Matthew Plowman, represented the company and presented data and information to help facilitate getting these products in the hands of officers.

“The need for Weapon-Mounted Cameras in law enforcement is real,” said Plowman. “Our chance to testify at two recent public hearings has helped us convey this message. In a number of recent high-profile officer involved shootings, there have been multiple views of incidents from body or dash cams—and even cell phones. However, often times, the critical moments of the confrontation are not clearly captured.

“FACT Duty WMCs are tools to provide additional objective evidence both for potential legal proceedings and for police communication to the general public to help reduce the uncertainty in officer-involved shootings that fuels so much conflict.”

Viridian’s proprietary INSTANT-ON® technology automatically activates the camera and microphone whenever the officer draws the firearm from its holster. Not only does this eliminate risk of failure to manually turn on the camera during a critical event, but it also keeps the officer from fumbling with cumbersome equipment. All three FACT models — including the FACT DUTY™, FACT COMPACT™ and FACT MICRO™ — come fully equipped with Viridian’s patented INSTANT-ON® technology.

Headquartered in Minneapolis, Minnesota, Viridian Weapon Technologies is devoted to applying cutting-edge technology to design compact, powerful self-defense products for the civilian, military and law enforcement markets. Viridian® is the leader in weapon-mounted technology and responsible for a number of firearm innovations including green and red laser sights, LED weapon-mounted illuminators and several shooting accessories including the Tacloc® Holsters. Viridian products are designed and built in the USA. More information is available at www.ViridianWeaponTech.com.