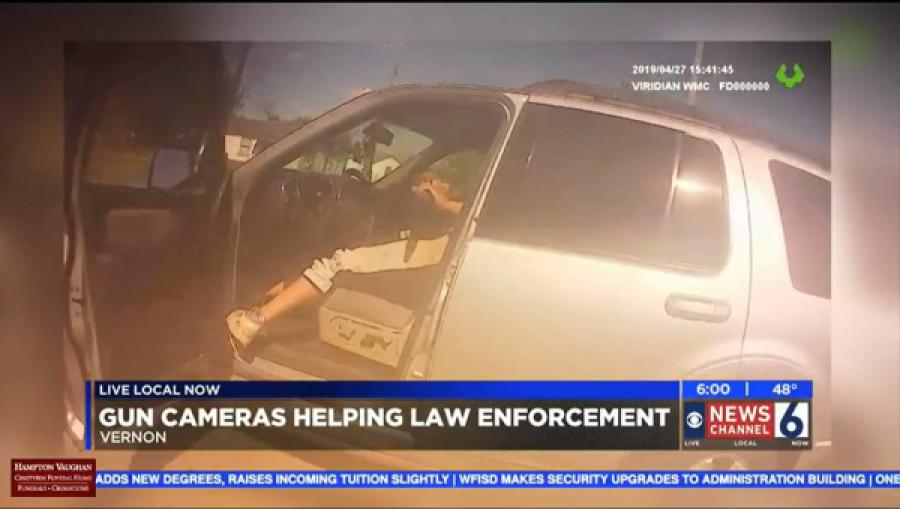 MINNEAPOLIS, Minn. –– A day after evidence from the FACT Duty™ Weapon-Mounted Camera (WMC™) was presented for the first time in an officer-involved shooting (OIS) trial, a jury in Vernon, Texas convicted the defendant of aggravated assault with a deadly weapon on a public official, a level one felony in Texas. The defendant was sentenced by the Wilbarger County jury to 40 years in prison. The WMC provided the critical evidence in the case by showing the defendant pointing a sawed-off shotgun at Vernon Police Corporal T.J. Session during an exchange of gunfire in which both Corporal Session and the defendant were shot and wounded. The WMC evidence helped eliminate any reasonable doubt on the defendant’s actions as the jury took less than 30 minutes to arrive at the guilty verdict.

The defense claimed self-defense in the case based on allegations of the officer using unlawful force in the situation, but Viridian General Counsel, Matthew Plowman, who attended the trial, explained that the evidence provided by the WMC refuted that defense. “The WMC provided essential footage of this particular incident. It was the first OIS event involving our WMC technology and it worked exactly as intended to provide clarity to the event,” Plowman said. “This case would have been much more difficult to prosecute without the WMC footage.”

“It was really an absolutely critical piece of evidence in this case,” said Wilbarger County District Attorney, Staley Heatly, who prosecuted the case. “[The gun camera] allows us to have an unfettered view or the best view you possibly can without looking through the eyes of the officer.”

Viridian President and CEO, Brian Hedeen, said, “We want to again solute the brave officers involved in this incident and the Vernon Police Department for having the foresight to protect its officers and the community with WMCs to capture the most critical events in the most critical type of incident a community can face. It was rewarding to know that justice was being served with the contribution of our WMC technology.”

“We expect that when police departments and legal officials from around the country learn of this result, most will see the necessity of the WMC as a supplement or alternative to body cameras as a mandatory evidentiary tool to provide the critical evidence of a subject’s actions at the time a police officer is forced to make the split-second decision to pull the trigger,” added Plowman.