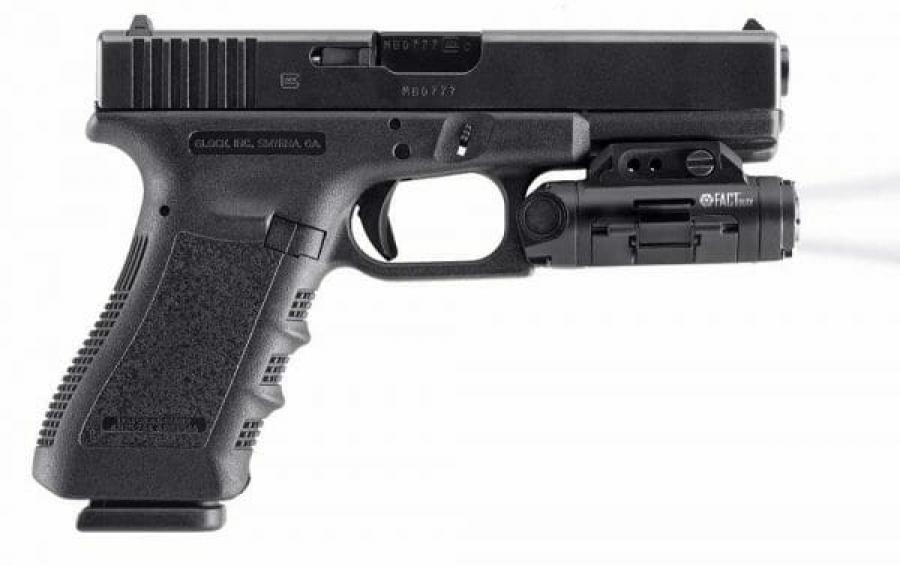 U.S.A. –-(Ammoland.com)- The Viridian Weapon-Mounted Camera (WMC) provided the key evidence in the Wilbarger County, Texas trial of Walter Orellana for unlawful deadly force against a police officer. Viridian officials attended the trial where prosecution evidence was presented of the April 2019 incident in which Vernon, Texas Police Corporal T.J. Session was shot by Orellana while conducting a felony arrest warrant. Session returned fire in the incident. The Vernon Police Department had previously deployed Weapon-Mounted Cameras (WMCs) for all of its officers, and the Viridian WMC on Session’s firearm captured the incident. This video and audio footage was presented to the Wilbarger County jury on the first day of trial. The dramatic evidence admitted from the WMC showed the defendant grabbing and pointing a sawed-off shotgun at the police officer during an exchange of gun fire. The jury viewed the detailed 1080HD quality video obtained from the unobstructed view of the officer’s firearm. One compelling moment was when the prosecution asked the officer involved to show the jury his duty firearm to display the WMC and demonstrate its Instant-On capability. Session’s testimony concluded the witness portion of the trial. The case is expected to be submitted for jury deliberation following closing statements. Viridian General Counsel, Matthew Plowman, can be reached at 763-406-7808 for any inquiries regarding this case and the use of WMCs as evidence. More information on FACT Duty WMCs can be found at ViridianWeaponTech.com/FACT-Duty-Learn-More. About Viridian Weapon TechnologiesViridian Weapon Technologies logo Headquartered in Minneapolis, Minnesota, Viridian Weapon Technologies is devoted to applying cutting-edge technology to design compact, powerful self-defense products for the civilian, military and law enforcement markets. Viridian is the leader in weapon-mounted technology and responsible for a number of firearm innovations including green and red laser sights, LED weapon-mounted illuminators and several shooting accessories including the TacLoc® Holsters. Viridian products are designed and built in the USA. More information is available at ViridianWeaponTech.com.