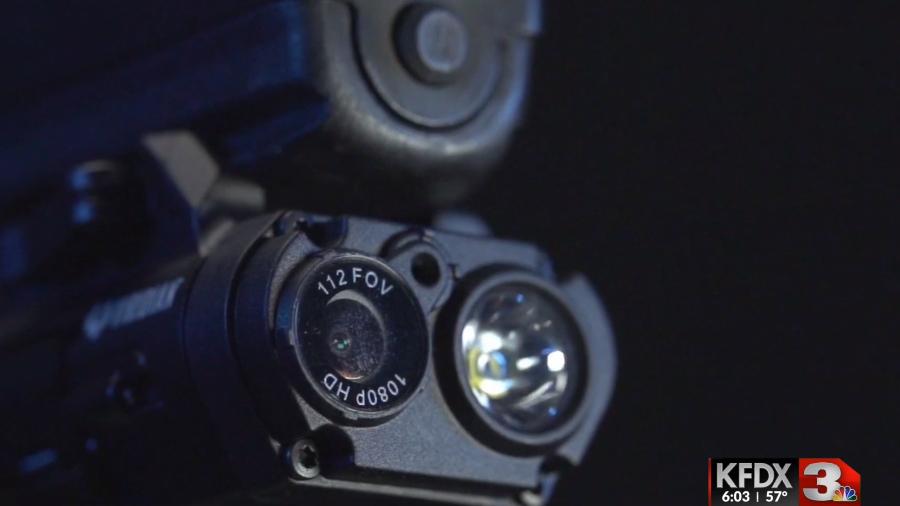 MINNEAPOLIS, Minn. – December 12, 2019 – Video from the Vernon, Texas Police Department’s deployed gun cameras played a crucial role in a criminal conviction last month. This is the first known criminal trial in which video from the FACT Duty™ Weapon-Mounted Camera (WMC™) has been used as evidence.

Gun camera footage from the incident showed the suspect attempting to run over two officers approaching the vehicle. According to the report, neither officer had an opportunity to activate their body cameras, and the dash camera had malfunctioned. The Viridian WMC, with its INSTANT-ON® technology, began recording automatically when the officer’s weapon was drawn. This video was ultimately key to the prosecution’s case. The full story is available here.

“The Vernon Police Department’s deployment of the WMC is not only the first in the state of Texas, but this is the first reported case where footage from the device was used to convict a suspect,” said Viridian President and CEO Brian Hedeen. “From the beginning, Vernon has shown how committed it is to modern policing. Vernon’s deployment of the WMC and this recent case prove how valuable the gun cam is in providing a truly unique, unobstructed perspective—one that did not exist before it was in the field.”

Viridian created an important category for law enforcement with the introduction of the WMC. The device provides an unobstructed view of critical use-of-force events from the end of the firearm, addressing limitations officers can face with body cameras. Body and dash cameras were not designed to capture officer-involved shootings. However, Viridian WMCs were designed specifically for this purpose.

The highly advanced WMC employs a 1080p full-HD digital camera with a microphone and 500 lumen tactical light. Viridian’s proprietary INSTANT-ON technology automatically activates the camera and microphone whenever the officer draws the firearm from its holster. Not only does this eliminate risk of failure to manually turn on the camera during a critical event, but it also keeps the officer from fumbling with cumbersome equipment.

The WMCs fit on existing standard-issue firearms and fit seamlessly in multiple duty holster platforms, making it easy for implementation by any law enforcement agency. The cameras feature a recording time of over three hours to handle virtually any scenario. They also incorporate secured data access and are easily rechargeable.

In addition to Vernon’s deployment, there are more than 50 other departments in Texas currently in various stages of testing and implementing the FACT Duty WMC. Nationally there are nearly 600 agencies looking at this new technology.