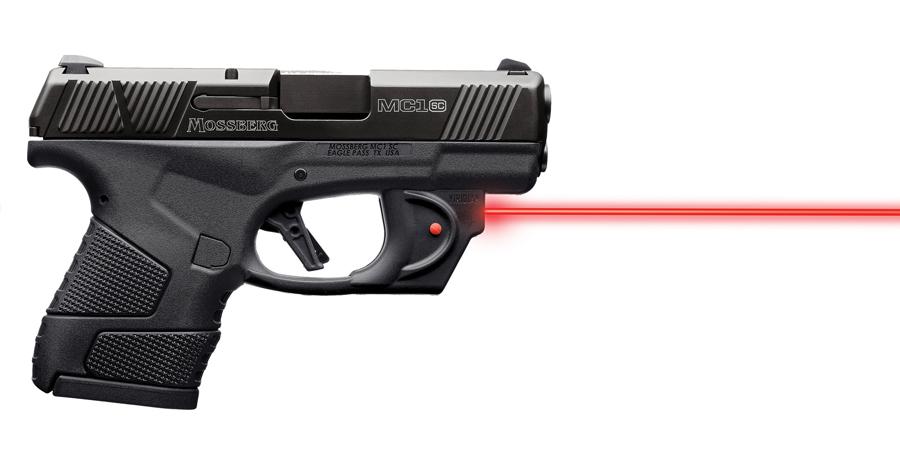 MINNEAPOLIS, Minn. – January 3, 2019 – Viridian Weapon Technologies is pleased to announce the release of its E Series™ red laser sight designed for the new Mossberg MC1sc pistol. This laser is available as an inline package (firearm plus laser sight) from Mossberg or as an accessory from Viridian. Launched in conjunction with this exciting and noteworthy handgun from Mossberg, Viridian continues to partner with major firearms manufacturers to provide premium laser sights designed to integrate perfectly for concealed carry and personal defense.

“We’ve been working closely with the team at Mossberg to develop a proper sighting solution for the new MC1sc sub compact,” said Viridian President and CEO Brian Hedeen. “The new E Series red laser is customized to fit the MC1sc perfectly, ensuring that the addition of this accessory does not interfere with concealability. Instead, adding our E Series laser to the MC1sc allows users to optimize rapid target acquisition in personal defense scenarios.”

Viridian’s E Series laser sight is made for the everyday conceal and carry owner who demands the most powerful red laser available. Delivering fast target acquisition when it’s needed most, the E Series is an invaluable component to any concealed carry setup.

Mossberg’s MC1sc sub-compact pistol is an all-new 9mm handgun for concealed carry. It’s built on a polymer frame and has a stainless-steel slide. Featuring the same level of quality and performance that Mossberg has staked its reputation on for decades, the MC1sc gives Mossberg customers a reliable handgun option for personal protection.

Headquartered in Minneapolis, Minnesota, Viridian Weapon Technologies is devoted to applying cutting-edge technology to design compact, powerful self-defense products for the civilian, military and law enforcement markets. Viridian is the leader in weapon-mounted technology and responsible for a number of firearm innovations including green and red laser sights, LED weapon-mounted illuminators and several shooting accessories including the

TacLoc® Holsters. Viridian products are designed and built in the USA. More information is available at ViridianWeaponTech.com.